If you're like me, and happen to be the type of museum-goer who inches near to see the paint globs up close and personal when the guard isn't looking, this site's for you. It's the next best thing to being there. You can zoom in closer than real life ever allows without face time with museum personnel.

My favorite: NYC's Frick Collection. Why?  Read More
Be the first to comment

Tags: Faith Bass Darling's Last Garage Sale, The Reading Life
Hey, look: It's the novel's first print mention--in Library Journal's Fiction Preview for May 2012. (It's in fine company with other May books mentioned, too, from what I saw. Full article link is below.)

Rutledge. Lynda. Faith Bass Darling’s Last Garage Sale. Amy Einhorn: Putnam. May 2012. 304p. ISBN 9780399157196. $25.95. POP FICTION
It’s the last day of the millennium, and wealthy Faith Bass Darling surprises everyone in Bass, TX, by emerging from 30 years of seclusion to start selling off all her possessions. It gives folks a chance to investigate both the Bass family saga, crucial to their town, and larger questions about how we are shaped by memories, possessions, and the hope of a second chance. A debut novel snatched up by the editor of such favorites as Kathryn Stockett’s The Help, so watch; it’s seen as a fun yet thoughtful read, which would make it great for reading groups. - by Barbara Hoffert Editor, LJ Book Review

Putnam Spring/Summer 2012 Catalog is OUT

Putnam's Spring/Summer Catalog 2012 is out.

Booksellers, are you out there? ;)

All About Book Covers

My cover's done. And ain't it beauty? The frustrated artist in me LOVES book covers.

It's not a stretch to say that while you can't judge a book by its cover you darn well can mess up its sales potential by being ugly. Covers are supposed to not only intrigue the passerby (There's something called the "airport test," I'm told. Will a passerby take a second glance at a cover of a book someone's reading?) but also attempt to suggest the story in an image.

They were originally "dust covers," and some people still call them that, which tickles me a little since we all love covers so much that who even thinks about taking them off to read 'em. And oddly they may be one of the biggest reasons I resist an e-reader.

For fun, here are some links about book covers. First is a New York Times article about covers that WEREN'T chosen--designers' favorites that just couldn't be used. You decide why:

The Cover Not Chosen

Next, here's one from the UK's Guardian about the possibly first book cover ever:

And here's on from Los Angeles Times about an actual art show showing classic cover art and the titles that might have been if the titular characters' genders were reversed: 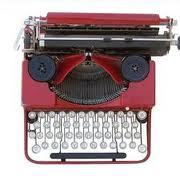