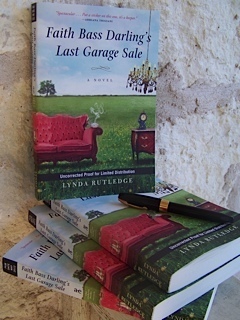 BE the FIRST on your block to attend "Faith Bass Darling's Last Garage Sale."

Are you a member of GOODREADS.COM or LIBRARY THING? Both of them are winding down their Galley Giveaway Countdown for Faith Bass Darling's Last Garage Sale." My publisher has put 25 copies up for early grabs. All you have to do is enter. It closes Feb. 29. (And if you're not a member, maybe this is a good reason to join?) C'mon over and check it out ASAP. Because you know how the good stuff always goes first at garage sales:

FIRST SIGNING: Galleys This Saturday, Jan. 21, at ALA DALLAS 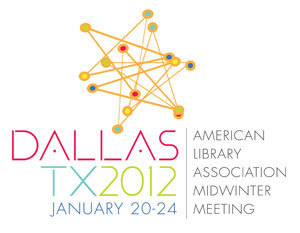 I'll be signing and giving away galleys (ARCS-Advanced Reader Copies) THIS Saturday. In honor of the librarians I'm about to meet, here's a fascinating article about public library innovations I'd bookmarked for use some day. Today's the day. From unusual design to the Library of Congress on the web, here you go:

If you're like me, and happen to be the type of museum-goer who inches near to see the paint globs up close and personal when the guard isn't looking, this site's for you. It's the next best thing to being there. You can zoom in closer than real life ever allows without face time with museum personnel.

My favorite: NYC's Frick Collection. Why?  Read More
Be the first to comment

Tags: Faith Bass Darling's Last Garage Sale, The Reading Life
Hey, look: It's the novel's first print mention--in Library Journal's Fiction Preview for May 2012. (It's in fine company with other May books mentioned, too, from what I saw. Full article link is below.)

Rutledge. Lynda. Faith Bass Darling’s Last Garage Sale. Amy Einhorn: Putnam. May 2012. 304p. ISBN 9780399157196. $25.95. POP FICTION
It’s the last day of the millennium, and wealthy Faith Bass Darling surprises everyone in Bass, TX, by emerging from 30 years of seclusion to start selling off all her possessions. It gives folks a chance to investigate both the Bass family saga, crucial to their town, and larger questions about how we are shaped by memories, possessions, and the hope of a second chance. A debut novel snatched up by the editor of such favorites as Kathryn Stockett’s The Help, so watch; it’s seen as a fun yet thoughtful read, which would make it great for reading groups. - by Barbara Hoffert Editor, LJ Book Review

All About Book Covers

My cover's done. And ain't it beauty? The frustrated artist in me LOVES book covers.

It's not a stretch to say that while you can't judge a book by its cover you darn well can mess up its sales potential by being ugly. Covers are supposed to not only intrigue the passerby (There's something called the "airport test," I'm told. Will a passerby take a second glance at a cover of a book someone's reading?) but also attempt to suggest the story in an image.

They were originally "dust covers," and some people still call them that, which tickles me a little since we all love covers so much that who even thinks about taking them off to read 'em. And oddly they may be one of the biggest reasons I resist an e-reader.

For fun, here are some links about book covers. First is a New York Times article about covers that WEREN'T chosen--designers' favorites that just couldn't be used. You decide why:

The Cover Not Chosen

Next, here's one from the UK's Guardian about the possibly first book cover ever:

And here's on from Los Angeles Times about an actual art show showing classic cover art and the titles that might have been if the titular characters' genders were reversed:

The Most Famous Query Letter (Set to Music) 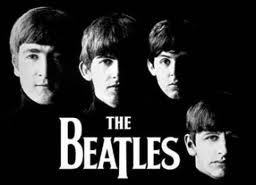 An agent responds to the most famous query letter of all time: The Beatle's "Paperback Writer."

(And for those who have neither memory nor interest in The Beatles song, it still gives great advice on how to write a query letter.)

"Agent Responds to Beatle's Paperback Writer."
Read More
Be the first to comment

(Been thinking about first lines today. Here's a tip I thought I'd share for aspiring writers, taken from a craft course taught at the 2011 Writers League of Texas' Agents Conference)

Question #1: What's the most important part of a manuscript you want to sell?

That sounds crazy, but let's just admit that this whole writing and publishing thing IS crazy. (Now. Feel better?) So, how's your hook? When was the last time you took a second look at the first page of your manuscript? Let's put this another way:

Twelve literary travel writing pieces with creative links. The fun part of a scholarly project about literature in cyberspace. Thought you might get a kick out of it.

After all, where else can you find poetic Bathroom Graffiti from an Arizona Truck Stop?

Or a Bumper Sticker Poem?


I just did this quirky-fun Q&A for my upcoming WLT class in Scribe. Loved it!

Hey, you never know what a writer will say when asked crazy questions...

Your interview impacted me. (Just kidding.) It was excellent.

Better see a dentist about that. (Just kidding. Unless it starts to throb.)Oh, I DO hate that word as a verb! Thanks, Gail Mary, for the kind and funny words.

Tags: The writing life, The Reading Life, Garage Sale Fun
Every old "thing" has a story, but this antique-of-a-whole-other kind has its story written all over it...

In 1925, a popular bookstore in Greenwich Village closed, but before it did, the place was a hangout for the bohemian crowd that included literary lights of all kinds--flames and flickers--and the owner asked the "usual suspects" to sign a narrow blue door at the back of the shop.

Along with icons such as Theodore Dreiser, John Dos Passos and Sherwood Anderson, the door records the "passage of forgotten poets, socialist pamphleteers, suffragists, Ziegfeld girls and multitasking oddballs," as the New York Times article put it. The door was removed by the manager and bought by the U. of Texas' famous Harry Ransom Center in 1960, after a dealer spotted an ad in the Saturday Review asking, “Want a door?” Where it was during all those years, who knows? But from 1960 to now, it had been forgotten until somebody stumbled across it in storage at the Center. You've got to love it. Everything has a story, even a blue door.

This week's New York Times Book Review section offered the article about The Blue Door from the 1920s as well as a slide show, both fascinating.  Read More
Be the first to comment